As you’ve probably figured out already, the columns of data frames are called variables because the values in the column are not all the same, that is, they vary.

In the early 1800s, it was discovered that many different variables have a pattern in common: the most common values are near the mean and values become less common the further they are from the mean. Not all variables have this pattern, but many do and so the pattern came to be called the normal distribution.

In this lesson, you’re going to look at several different variables and compare them to the normal distribution. Based on this comparison, you’ll be able to make an appropriate description in words of the distribution.

Here are three rules of thumb, each of which can be used to estimate the mean and standard deviation of a distribution:

Explaining (3) is better done with a picture. The figure below shows values of a variable plotted along with a violin display. One line is drawn at the peak of the violin. The “half-way” line is drawn half of the way from the center of the violin to the peak. The two dots show the points whose vertical position is one standard deviation on either side of the mean. 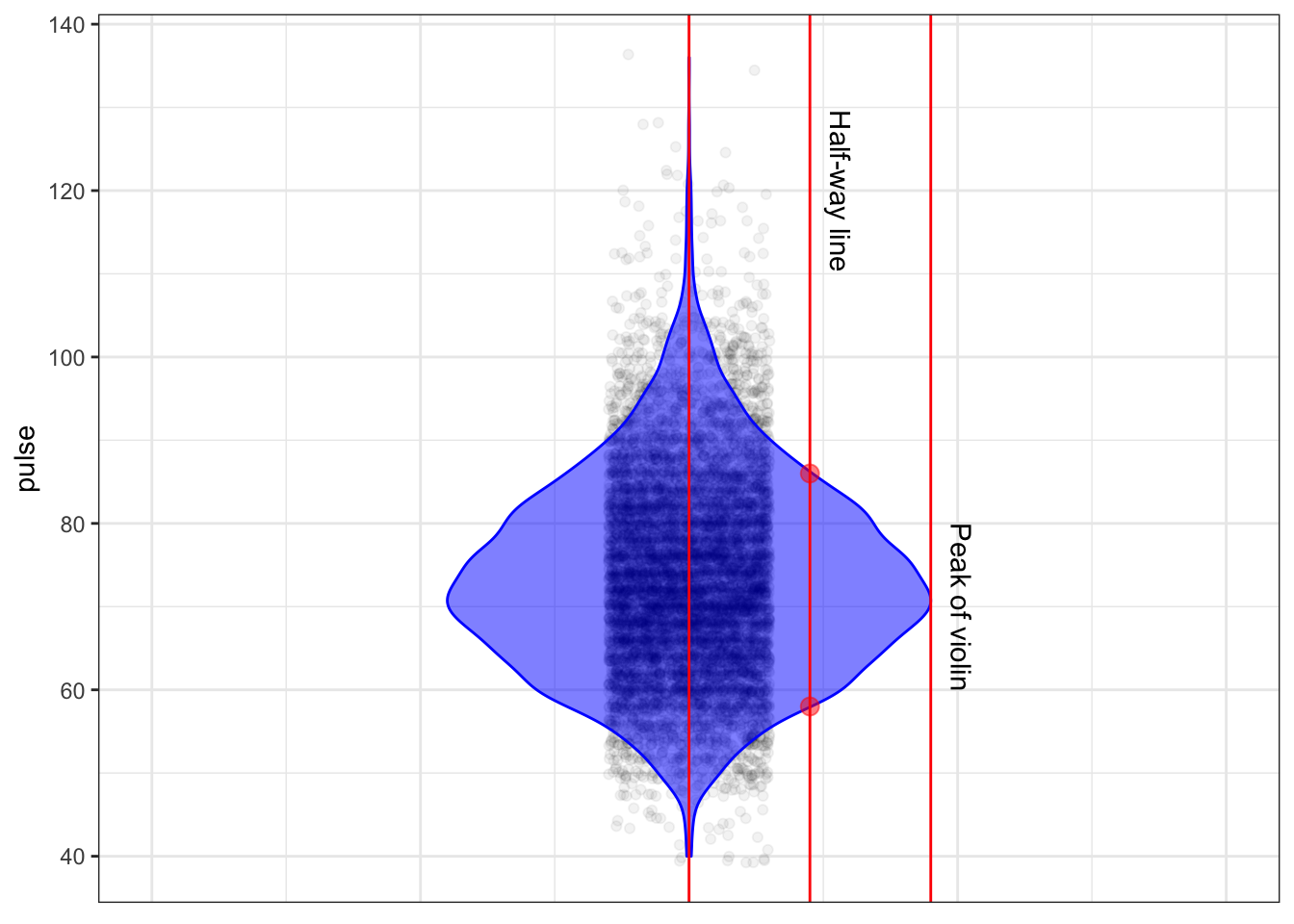 You might prefer one or the other of these three rules of thumb. Try them out and see which works best for you.

Open up the center-and-spread Little App. (See footnote1). Using the NHANES data, set the response variable to pulse and leave the explanatory variable at .none.. Set the sample size to n = 1000.